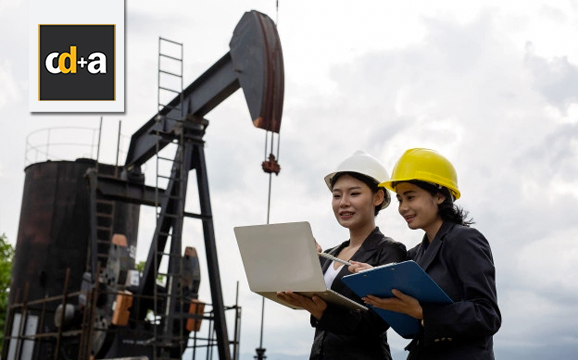 Before engineering was recognized as a formal profession, and as profession that welcomed women, women with engineering skills often gained recognition as inventors. During the Islamic Golden Period from the 8th century until the 15th century, many Muslim women went down in history as inventors and engineers.

In the 19th century, women who performed engineering work often had academic training in mathematics or science, although many of them were still not eligible to graduate with a degree in engineering. Here are a few renowned trailblazers:

Ada was an English mathematician and writer, chiefly known for her work on Charles Babbage’s proposed mechanical general-purpose computer, the Analytical Engine. She was the first to understand that the machine had applications beyond pure calculation, and to have published the first algorithm intended to be carried out by such a machine. She is recognized for her work by being described as the first computer programmer.

Born Phoebe Sarah Marks, she was a British engineer, mathematician, physicist and inventor. In 1884 Marks began attending evening classes on electricity delivered by Professor William Edward Ayrton, who she later married. Professor Ayrton, was a pioneer in electrical engineering and physics and she assisted him with his experiments. In the late nineteenth century, electric arc lighting was in wide use for public lighting. The tendency of electric arcs to flicker and hiss was a major problem. In 1895, Hertha wrote a series of articles explaining that these phenomena were the result of oxygen coming into contact with the carbon rods used to create the arc.

Emily Roebling was an early champion for breaking the glass ceiling for women in engineering fields. She is best known for her contribution to the construction of the Brooklyn Bridge. When her husband, who was the Chief Engineer of the project, became ill and bed-ridden, Roebling assumed his responsibilities. The bridge was completed in 1883.

Hedy Lamarr was one of the most famous actresses of the 1930s and 40s. Without a formal education, Hedy left a legacy far more lasting than her movies. In the early years of World War II, German ships had an ability to jam the Allies torpedo guidance signals. She, and later with George Antheil’s help, found a way for the radio guidance transmitter and the torpedo’s receiver to jump simultaneously from frequency to frequency, making it impossible for the enemy to locate and block a message before it had moved to another frequency. This approach became known as “frequency hopping” and is still used in many advanced weapons used today and became a key technology for WiFi. Antheil freely admitted that the design was primarily Hedy Lamarr’s.

Qualified? Yes, and even more capable.

Some notable female graduate engineers started emerging in the third quarter of the nineteenth century.

In the United States, at the University of California, Berkeley, women were already starting to graduate as female engineers. Probably the most notable was Julia Morgan (1872 – 1957). She graduated in 1894 as the first woman with a B.S. degree in civil engineering at Berkeley with honors. Morgan was also the first woman to be admitted to the architecture program at l’École Nationale Supérieure des Beaux-Arts in Paris and the first woman architect licensed in California. She designed more than 700 buildings in California.

The first woman to graduate with mining engineering was Grace McDermut Mulligan, who graduated from the Colorado School of Mines as an Engineer of Mines in 1903. She had undertaken the degree so that she’d be qualified to manage a gold mine owned by her family but the mine passed from their possession a few weeks before graduation. Armed with her degree, Grace joined the US National Bureau of Standards, the first woman hired by the NBS in a permanent position.

In the early years of the 20th century, there were still only a few women being admitted to engineering programs. The entry of the United States into World War II created a serious shortage of engineering talent in America as men were drafted into the armed forces. General Electric started on-the-job engineering training for women with degrees in mathematics and physics, and the Curtiss-Wright Corporation created an engineering program and partnered with several universities around the country to create an engineering curriculum that eventually enrolled over 600 women. The course focused primarily on aircraft design and production.

Today and Into the Future

What percentage of engineers are female today?

Females have always been in the minority in the engineering field since its beginnings. As mentioned, in 1960 only about 1% of the global engineering workforce were women, this is now up to about 13%. By way of some examples of the growth, each year in Australia over 18,000 students graduate from engineering and related technology subjects. 18% of these are female. In Canada 17% of engineering graduates are female, and 20% in New Zealand. According to the Women’s Engineering Society’s statistics, 12.4% of engineers in the UK were female in 2018. The US stands at about 15%.

These numbers will assuredly continue to rise. Most mid to large size companies have diversity and equal opportunity policies firmly established as pillars of their governance charters. The very best ones live these policies, not because they must, but because they know it makes sense from so many angles. I am honored to have worked for many past and present clients that fall into this category.

Tell us more about your recruitment needs.

One of our executive recruiters will get in touch with you shortly.